Golf clubs all come with different names that mean next to nothing for beginners of the sport. It can be confusing to remember all of the different names and even more taxing to know which club is used for which use. I

t’s not as simple as you think, which is why we’ve created a handy guide to help you through it.

To avoid embarrassment on the green when you opt for a driver to sink the ball, make sure that you learn each of the names and uses of the golf clubs named below.

By the time you’ve finished the article, you’ll be ready to impress all of your golfing friends with the correct terminology.

Let’s sink right into it, shall we?

Ah, the infamous driver golf club. One of the most important clubs around, beginners are always advised to begin with a high-quality driver to kickstart their collection.

Drivers are the longest club and they offer excellent distance. They have a large surface area to make inaccurate shots near impossible. 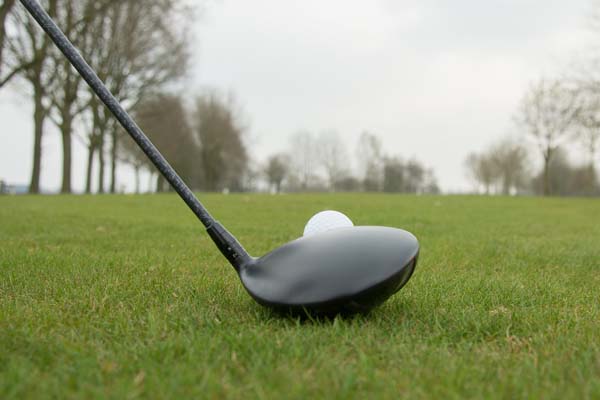 The driver is often used for tee shots to maximize the distance of your shot to keep you on target for the par. The large face of the driver offers up a big sweet spot to offer the ball a good trajectory as well.

For us, we would consider the driver one of our most enjoyable golf clubs. Simple yet effective, there is nothing better to set your game up well than a high-quality driver. The typical distance of a driver is 200 yards for women and 230 yards for men.

Wood clubs give you the farthest distance compared to all of the other golf clubs that we’ve looked into. The driver is often considered a wood club, but it is so great that we had to give it its own category. When they were first introduced, woods were actually made from wood. However, now they are made of metal for added durability.

Woods offer a large surface area on the clubface and the loft degree is low compared to other clubs. They often also have a larger sweet spot which can make up for inaccurate shots, which is good news for beginners.

As a beginner, you won’t find the woods the easiest clubs to use. They’re easier to use than a driver but much harder to use than an iron. However, they offer the best distance, so you can quickly work your way up to them. Once you master the wood clubs, you’ll be virtually unstoppable!

Hybrids are not as commonly used by traditionalists who are stuck in their ways with their woods and irons. However, hybrids are considered a cross between the two! The size of the clubhead is balanced between that of a wood and an iron clubhead. Mixing these two clubs together actually gives you a better experience of using them.

Hybrids are easier to use than long irons which is why more beginners are switching out their long irons for a hybrid club. Hybrids are more forgiving to a slower swing speed which is ideal for beginners. You can use a hybrid to get a great distance and spin speed.

Opting for a hybrid over a long iron will allow you to get a similar result with less effort or swing speed. This is great for golfers and makes sense as to why the hybrid has become such a popular club. Men will reach distances of around 180 yards, and women will see 150 yards.

Irons are metal clubs that are often used once the golfer reaches around 200 yards away from the green. Irons are numbered from 1 to 9, and they all have more loft than wood clubs.

One step up from the wedges, irons are best used toward the end of the course. Let’s take a look at the three different groups of irons to choose from. 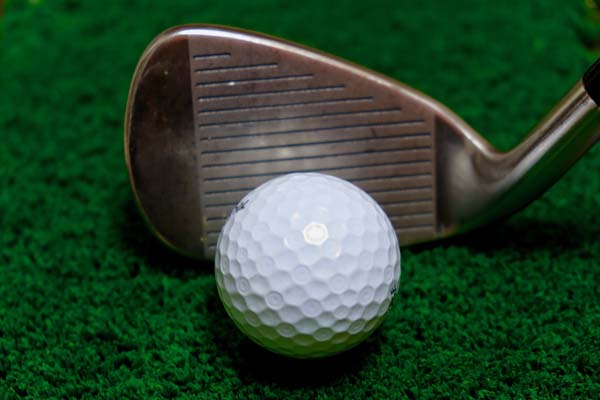 Long irons are 1, 2, 3, or 4 irons and they all have different uses. The lower the number, the lower the loft. This means that the ball will travel faster. For example, your 1 iron will hit the ball further than a 4 iron.

Long irons are the tallest of the irons and therefore the trickiest for beginners to get the hang of. Similarly, the long irons have next to no loft which means that there is less forgiveness. As forgiveness is a beginner golfers’ best friend, a lack of it can be rather discouraging and frustrating.

Many people opt for hybrids rather than long irons due to their additional forgiveness and ease of use. Long irons offer women at least 150 yards, and men 170 yards.

Mid irons are 5, 6, and 7 irons. The number 7 iron often jumps from the mid to short iron group depending on the golfer you’re talking to, but we’d include it in the mid iron group. Mid irons are very commonly used during golf games, so make sure that you have some high-quality options.

You’ll find yourself using your mid irons after an average tee shot to get the ball to the green. They’ll see a lot of use during your practice, so don’t scrimp on these clubs. You’ll regret it in the long run!

Moreover, you should get a lot of practice in using these clubs. Not being able to use your mid iron will really squander your game because, as we said before, they’re one of the most commonly used clubs in your bag. Once you’re familiar with using mid irons, you’ll find it much easier to get the hang of long or short irons.

For a 7 iron, men can expect to see distances of around 140 yards, whereas women will see around 120 yards.

Short irons, or 8 and 9 irons, are considered the scoring irons. They offer excellent accuracy for shorter distances when you’re nearing the green. You’ll also have better control over the spin with short irons so that you can determine how far the ball will roll. This will prevent the ball from traveling too far away from the target.

Short irons are great for beginners. They have shorter heights which makes them ideal for practicing with, and you can learn how to perfectly use them without overswinging. This practice will carry on over to when you use longer clubs.

Short irons are great for beginners who are learning on shorter courses. These courses often only require you to tee off with the driver and putt with a short iron. If you’re planning on using shorter courses to start with, a short iron will be your best friend.

A 9 iron will offer women around 100 yards of distance and men around 120 yards.

There are four main wedges that we’ll be looking at below. 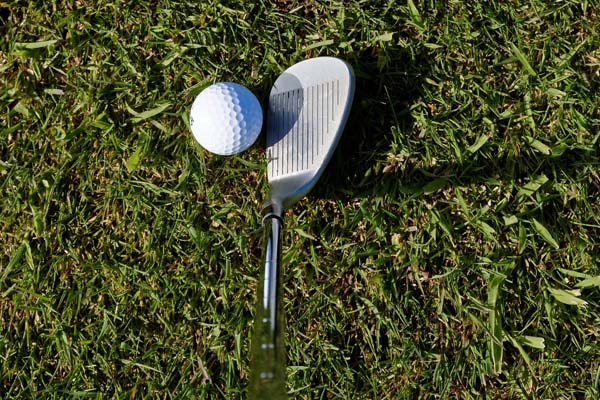 The gap wedge is also referred to as an approach wedge.

The loft for this type of club ranges from 50 to 55 degrees and the average distance for women is 80 yards and for men, it’s 100 yards.

The pitching wedge is perhaps the most commonly used wedge club, along with the sand wedge, so it’s important to practice with to ensure you know how to use it properly. Women will see a distance of around 90 yards with a pitching wedge, and men will see 110 yards.

Sand wedges have a loft of around 55 to 57 degrees.

They’re used when you’re stuck in an unfortunate situation that you want to get out of as soon as possible. Men’s distance will be around 90 yards and women’s 70 yards.

The distance offered is around 65 yards for men and 40 for women.

A putter is the last club in your bag that will be used on one course. Putters are very thin and are only designed to roll the ball into the hole.

There are two types of the putter - the blade putter and the mallet putter. However, as their task is very simple, we’ll only be talking about the putter as a group. 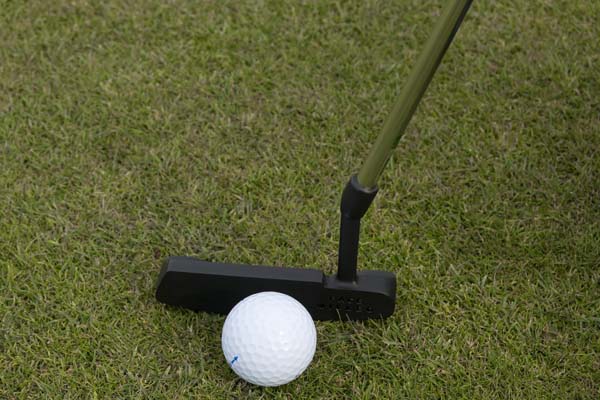 The putter offers you a smooth roll towards the target, and you’ll always get a good feel on the green. The higher quality the putter, the better the feel! This means that you’ll get a better sense of how hard to hit the ball to get an accurate shot.

Rather than swinging the club, you’ll only need to tap the putter to get the ball rolling. Don’t overswing with the putter as you might find that you have to revert back to a wedge or an iron.