For all of golfing history, the woods and the irons have been two tribes of club, both necessary, never really overlapping or talking to each other. Each had its pros, each had its cons.

And since 2002, when TaylorMade launched the first hybrid club onto the market, golfers have been doing better.

Bringing the lightness of swing of a long iron and the heft of a fairway wood, often with additional high-tech science and design built in, the hybrid has become a game-changer. Delivering the best of both worlds, hybrids give golfers a blend of high swing speed, powerful address, more forgiveness than either base club, and often a new way out of difficult lies. 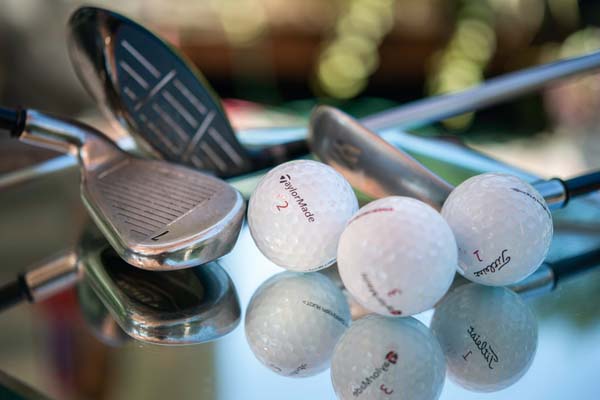 The addition of hybrids to many a golfer’s bag has revolutionized the game. It’s made previously unthinkable shots not only thinkable but achievable time and time again.

What we’re also frequently told is that adding a hybrid to your bag instead of its standard iron club equivalent will get you more distance per shot. Assuming your putting game remains the same, that means the potential to cut your stroke game down, to improve your handicap, and to push your level of golfing prowess into new areas.

But how much further does a hybrid take your shot, compared to the equivalent iron? Is it even true that hybrids bring this advantage?

It’s important to know before you spend your money on adding hybrids to your golf bag.

Except of course, if it were that easy, all the clubmakers would be making the same hybrid set, over and over again.

The vast array of hybrid sets on the market makes a nonsense of that idea of knowing with precision what something as vaguely grouped as ‘hybrids’ can bring to your game. Every new hybrid is designed to offer something new, something extra. Does that include taking your ball further down the fairway?

The LPGA has estimated distance-ranges for hits with irons and their corresponding hybrids, based loosely on sex (and clubs made specifically for each sex – the numbers for mix-and-match play as yet don’t exist).

On average then, the LPGA says that:

Those are average ranges of course, but they give us an idea of what sort of numbers we’re playing with.

Naturally, there’s no way to standardize what each hybrid will bring to your game, because golf is nothing if not a game of moments. The same player, with the same club, can hit two entirely different shots one after the other, so we have to impose a false ‘all else being equal’ rule if we’re to get meaningfully close to an answer on what hybrids can bring to your distance game.

The nature of hybrids is that they let you hit shots higher, and the shots you hit travel further and roll less. Does that result in worthwhile distance improvements?

Yes, almost by definition. Clubs that let you get more air and loft into your shots will allow you to cover more distance down the fairway. Why? Because there’s less friction acting on the ball when it’s travelling through the air than there is when it’s rolling on the ground. Any passing physicist you happen to meet on a golf course will tell you that less friction means more forward motion in the direction of travel. 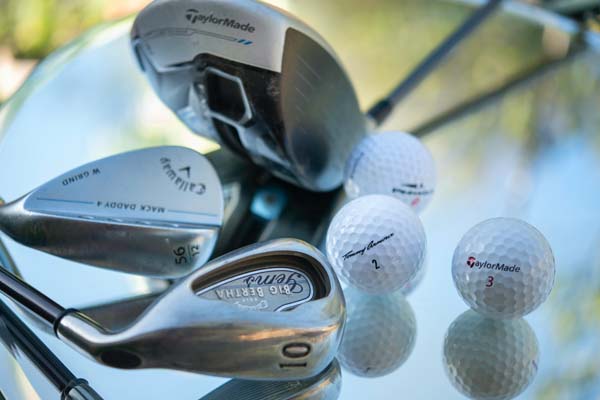 Combining that lessening of friction with extra loft and the rapid swing of a hybrid club means you can expect a ball hit by a hybrid club to travel between 4-12 extra yards, compared to its equivalent standard iron club.

Does that sound a little underwhelming for the wunderkind new clubs? Clubs that have supposedly revolutionized the fairway-green game?

Well, maybe if you’re consistently getting only an extra 4 yards out of every shot. Get 12 extra yards per shot on a par 3 hole though and you’re talking about potentially dropping at least a stroke per hole. Multiply that over the course of…well, the course, and you could be looking at a radical reduction of your handicap.

But – and this is where we start to get a little complicated, the additional pure yardage you can get with a hybrid club over a standard iron is only part of the story.

Extra yards are no good at all though if they sail you from landing on the fairway to landing in the rough. That said of course, hybrid clubs have gained the reputation and the informal name of ‘rescue clubs.’ They’ve gained the name precisely because their ability to give you extra loft means they can be played from the rough with a much greater ease than traditional irons.

But if possible, you want to keep your ball on the fairway as much as possible, and that’s where the other secret weapon of hybrid clubs comes into play.

Let’s be careful not to go wild with hype here – irons have got thousands of golfers down the fairway with reasonable accuracy for over a hundred years. But hybrid clubs, by their very nature, are equivalent to building a supercomputer and then housing it in a standard steel box. They may look more or less like standard irons.

Some will have hollow graphite shafts for rapid swings. Some have their centers of gravity shifted lower and further back for firmer contacts and more forgiveness of slice. Some have extra springy front faces, so that the ball soars away from them on precisely the trajectory the golfer intended.

For a century and more, golfers have played their iron game with an understanding of the mechanics of hitting a golf ball with a stick made of iron. They’ve learned to take account of the sometimes cantankerous nature of the metal, of its effect on the ball, and they’ve learned to limit their expectations for accuracy. They’ve been playing ‘Somewhere There’ golf.

Again, let’s be careful of overhype. There are still a whole handful of variables that come into play when you strike a golf ball with a hybrid club. Swing speed, correct address, wind and so on all still affect the golf you play with a hybrid. To be fair, if they weren’t still factors, you might as well stay in the clubhouse and play virtual golf instead of the real thing.

But that said, a lot of the technology and the design elements that go into a modern hybrid club are included specifically to improve forgiveness, loft and accuracy. That takes you away from ‘Somewhere There’ golf and takes you into the realm of ‘All Else Being Equal, Right There’ golf. It’s not yet what you might think of as ‘Click and Drop’ golf – nothing’s ever guaranteed until the ball comes to rest. But hybrids give you not only that 4-12 yards extra distance, but significantly more accuracy to boot. That’s going to cut down your stroke-count per hole too.

In fact, it’s been calculated that while the 4-12 yards statistic is accurate, for distances of over 200 yards, a hybrid can be almost twice as effective as a standard iron (or fairway wood). What’s more, for distances between 180-200 yards, it can be more effective still. That’s a combination of the extra raw distance and the extra accuracy, allowing you to shape shots with a devastating new standard of ball-placement.

And that’s without taking into account the difference between hitting a ball from the rough with a standard iron – which can be a matter of frustration and added shots – and hitting it from the same lie with a hybrid, which can give you more or less business as usual with its added loft, helping you clear obstacles and obstructions and literally rescuing your game from the effects of any shot that’s gone astray.

That feels like a calculation that should be noted, but outside the main body of this question. It’s an added hybrid superpower, waiting in the rough for you to discover it, but it doesn’t in itself add to the additional distance of well-played golf with a hybrid.

Bottom line, then – on average, a hybrid’s going to give you between 4-12 yards of extra raw distance per shot. It’s combining that raw distance with the extra forgiveness, loft and accuracy that go into most modern hybrids that makes the real difference, improving your chances of stroke play or better, hole after hole after hole.

With the potential near-doubling of effectiveness of shots over 180 yards, if you have an iron that gets you those distances, it’s time to retire it in favor of its equivalent hybrid. For men, according to the LPGA figures, that could mean retiring your 3, 4 and 5 irons. For women, at least your 3 iron, and possibly any fairway woods in your bag.