Every kind of golf club is of utter importance to a golfer and deserves a space in your golf bag.

There are four types of wedges - gap, sand, lob, and pitching - which a beginner might find a little excessive, particularly when they’re just starting their golf club collection.

However, the reality is quite the contrary as each of these wedges have a unique use and work best at their job. Trying to use a pitching wedge instead of a lob wedge will only end in disaster and embarrassment. 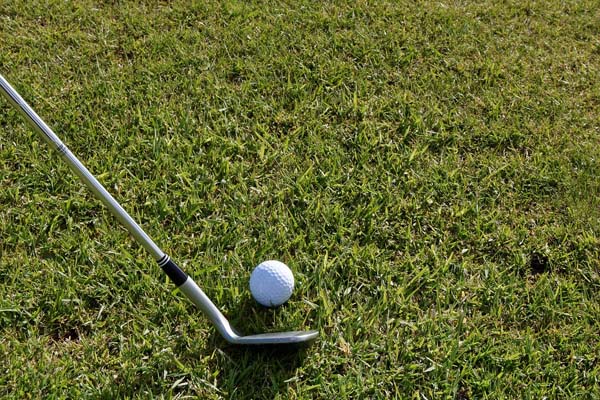 The lob wedge is most commonly confused with the sand wedge, but they both have different uses. You’ll only benefit from these clubs the most by distinguishing between them and using them for their individual uses.

Below we’ll be pitting the sand and lob wedge against each other and exploring the differences between the two ambiguous clubs.

The difference between a lob wedge and a sand wedge

All of the four types of wedges come with a different degree of loft, which is the first and main difference between the lob and sand wedge. Lob wedges tend to have a loft between 58 to 64 degrees, whereas sand wedges have a loft of 55 to 57 degrees.

Another difference is the distance that you can obtain with both of these clubs. Wedges aren’t necessarily used to reach impressive distances, but it’s still worth knowing a rough guide to what they offer.

What do we mean by loft?

The loft of a golf club is the angle at which the clubface lies when the club is held perfectly straight. A higher degree of loft simply means that the clubface is more angled than a lower degree of loft. The more loft a club has, the more trajectory it can offer the golf ball.

Imagine chipping a ball up into the air rather than kicking it far away. Sometimes you need distance, which is what the low-lofted driver and woods are for, but other times you’ll need to chip the ball out of difficult positions. That’s where the high-lofted wedges come in.

What is a lob wedge?

The lob wedge was introduced to golfers in the mid-1980s to keep up with the ever-changing golf courses. As the putting greens got more challenging and confusing, the lob wedge was brought in to help golfers out towards the end of their game.

The lob wedge has a thin edge and a shorter and slightly stiffer shaft than a sand wedge. They are the highest lofted club in the set, so they’re best used for when you need to chip the golf ball over an obstacle or target. 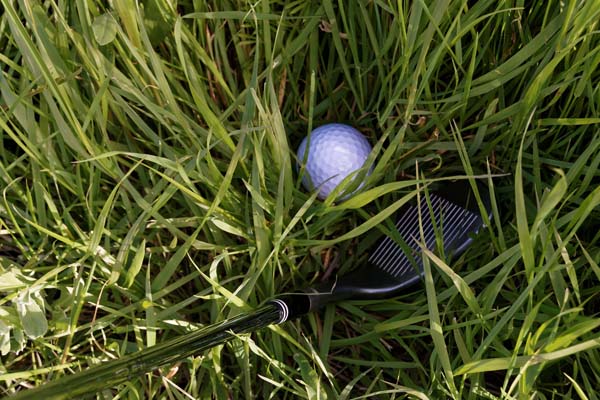 Once you hit the ball over the obstacle, the ball won’t roll too far away which is good if you don’t want it to roll further away from your target. Although you can use any wedge to chip the ball over something, lob wedges are best for when the ball is very close to said object.

The high degree of loft that a lob wedge offers will give you the most impressive trajectory on your shots, but also the least distance. So, you’ll often only find this wedge useful when you’re in a pinch or have to conduct some chip and pitch shots.

What is a sand wedge?

The sand wedge has been around for longer than the lob wedge, first being used in the 1930s. The name of this club is a little more straightforward than that of the lob wedge - the sand wedge is used to get the ball out of sandy situations.

The sand wedge has a heavier weight than the lob wedge, and it will have more bounce in the clubhead when comparing it to other iron clubs. This additional weight allows the club to dig through the sand and still deliver enough power to the ball to chip it out of the bunker. 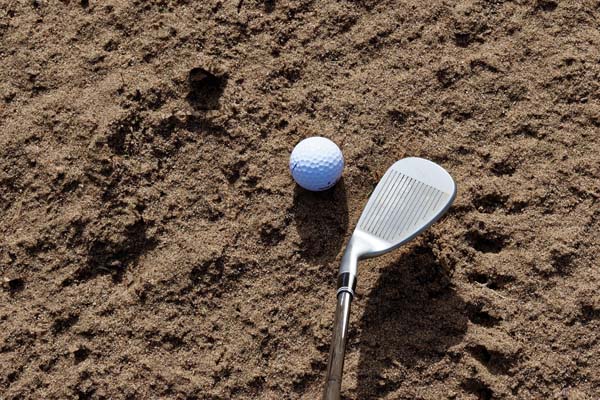 Sand wedges are most commonly used for chipping the ball out of sandy bunkers, but most golfers will also opt for the sand wedge when they need to chip the ball around the green. Most golfers that you ask will consider the sand wedge to be the most versatile and usable wedge available.

The sand wedge also gives you a reputable distance along with height, so it’s often used for short-distance shots as well. If you don’t have a sand wedge, we seriously recommend that you get one for your collection so that you can see how beneficial it is, too.

Do you need both a lob and a sand wedge?

Both the lob and the sand wedge aren’t often included within traditional club sets, so you’re going to have to purchase them separately. If you purchase just an iron set you might spot a sand wedge included within the clubs, but lob wedges are almost always missed in golf club sets. If you were going to purchase a complete set of golf clubs, both of these wedges would be absent and replaced by the pitching wedge and the gap wedge.

For this reason, you might be hesitant to spend more money on two separate clubs as well as a full golf club set. Well, the good news is that you can use a lob wedge in place of a sand wedge. Alternatively, you can also use a sand wedge rather than a lob wedge.

Having said that, you might find it harder to use one or the other for other tasks than what they’re designed to do. Although sand wedges are very versatile and often used for many different purposes, you might find it difficult to reach the necessary trajectory to chip the ball over a close object.

In cases like these, lob wedges are very important and your performance can falter if you don’t have one available to you. Similarly, if your ball lands in the middle of a large bunker and you use a lob wedge to chip it out of the sand, you might find that the lob wedge doesn’t have enough weight to it and just kicks up a load of sand while merely tapping the ball forward.

Similarly, if you’re in the middle of the bunker and opt for a lob wedge, you might find that the lack of distance will only get the ball to travel to a different spot within the sand. You might find yourself wasting multiple shots on trying to get out of the bunker, while a sand wedge would have done the trick with one shot.

So, going back to the original question - no, the simple answer is that you don’t need both a sand and a lob wedge in your gold bag. However, they both have different capabilities and benefits for golfers to experience. After all of that, though, if you’re still set on only opting for one of these two wedges we would suggest choosing a sand wedge.

Many beginner golfers can learn how to chip the ball with only a sand wedge rather than a lob wedge. If you only have a sand wedge to do all the dirty work and difficult shots with, you’ll get pretty good at adapting your hold and positioning to make it work.

Some of the great professional golfers have never even touched a lob wedge - Lee Trevino and Tom Watson managed to win 14 victories between them both without ever using the high-lofted lob wedge. On the other hand, some golfers swear by them. You need to determine what’s best for you.

Should high handicappers use lob wedges?

Some people say that you need to learn the technique of using a lob wedge by starting with a sand wedge, whereas others believe that jumping in the deep end is the best way to learn. Which side you fall upon depends on your individual experiences and thoughts behind it all.

Overall, the lob and sand wedge aren’t that different from each other, but at the same time, they’re very individualized. The lob wedge has the highest degree of loft and is ideal for chipping the ball over close obstacles. Alternatively, the sand wedge helps golfers when they get stuck in a bunker.

Many golfers find that you can use the sand wedge in lieu of a lob wedge and vise versa, but some others swear that you need both of the clubs within your bag just in case. Remember that both of these clubs are not commonly offered in golf club sets and that you’ll have to buy them both separately. If you only wanted to invest in one, we’d suggest opting for the versatile sand wedge.